Stanton Cadow, CFRE has joined Groundwork Jacksonville as Development Director, responsible for building and diversifying Groundwork’s funding sources and matching the philanthropic goals of donors with the current and future needs of the organization.

During his career Stanton has raised or assisted in raising more than $107 million through major gift programs, community, and capital campaigns for non-profit organizations across the nation and has been a speaker and presenter at professional conferences on development topics.

A native of Greater New Orleans, Stanton has been a Certified Fund-Raising Executive (CFRE) since 1994. He was awarded the Executive Certificate in Religious Fundraising (ECRF) from the Lake Institute on Faith & Giving Lilly School of Philanthropy at Indiana University in 2014.

In 1997 Stanton was the first recipient of the Outstanding Development Professional Award by the Association of Fundraising Professionals (AFP) Baton Rouge Chapter. He was recognized with the same honor by the First Coast Chapter of AFP in 2016.

Stanton’s professional experience includes serving as campaign director for United Way in Baton Rouge, La. and Pensacola, Fla., working for national development consulting firms, and serving as Director of Development & Stewardship and Executive Director of the Catholic Foundation for the Diocese of St. Augustine. Prior to relocating to Jacksonville, Stanton was Vice President of Institutional Advancement for St. Andrews University in North Carolina.

Stanton is one of six children, an outdoorsman, avid golfer, swimmer, runner, and two-time Ironman triathlete.

To get in touch with Stanton, please email stanton@groundworkjacksonville.org 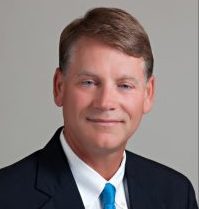 Green Team Helps with Project to Protect Our Shorelines

GWJax is Hiring for Several Positions