In 2008 the S-Line became Jacksonville’s first dedicated urban trail when the City of Jacksonville gained possession of an abandoned length of CSX railroad Right-of-Way.

The goal was to create an urban park that could serve as a catalyst to improve the surrounding neighborhoods by connecting schools, parks and other community assets. Partners of the S-Line urban greenway project included the City of Jacksonville Parks and Recreation, the Blue Foundation the Durkeeville Historical Society and the Kresge Foundation.

Now part of the planned 30-mile Emerald Trail Master Plan, the S-Line is a 4.8-mile rails-to-trails multi-use path that begins at Myrtle Avenue near State Street and continues northeast through Durkeeville and Springfield ending behind Norwood Plaza in Brentwood.

Approximately 1.3-miles of the S-Line, from 12th St. and Boulevard, near Andrew Robinson Elementary School to E. 21st St., remain unfinished and will be completed as part of the Emerald Trail project.

History of the S-Line

In 1886, the Jacksonville Belt Railroad was constructed between Springfield and Honeymoon Yard (the current Rail Yard District). It connected the Fernandina to Jacksonville Railway (F&J) to the Florida, Atlantic & Gulf Railroad. Over the years, it became known as the S-Line because of its “S” shape.
The railway served numerous manufacturers and wholesalers including the Moore Dry Kiln Company. By the 1980s the S-Line was largely abandoned by CSX.

Taking a Tour of the S-Line 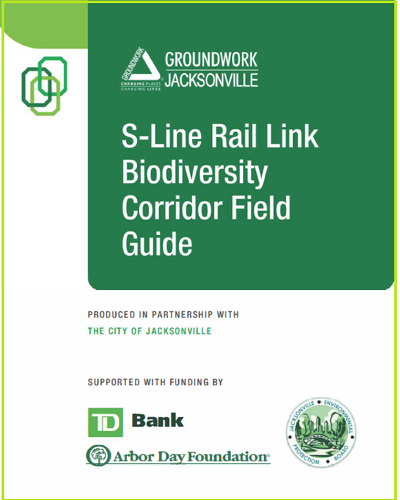 This informative Field Guide will better understand and enjoy the biodiversity corridor. It is a great resource for educators and homeschool teachers looking for interesting environmentally based field trips.

You may also download the iNaturalist app and record your observations along the S-Line Biodiversity Corridor. Learn more about the creator Alexia Maier

The Moore Dry Kiln Company Warehouses were constructed by Lafayette Moore and date back to 1914.

The Sugar Hill Mosaic is located along the S-Line Rail Trail under the I-95 overpass just west of N. Davis Street.

Groundwork Jacksonville commissioned Jacksonville artists Kate and Kenny Rouh, of RouxArts to create the public art installation.  The 96-foot-long mosaic honors the Sugar Hill neighborhood, an affluent African American neighborhood from the late 1800s to the 1960s before I-95 bisected the community and displaced residents. 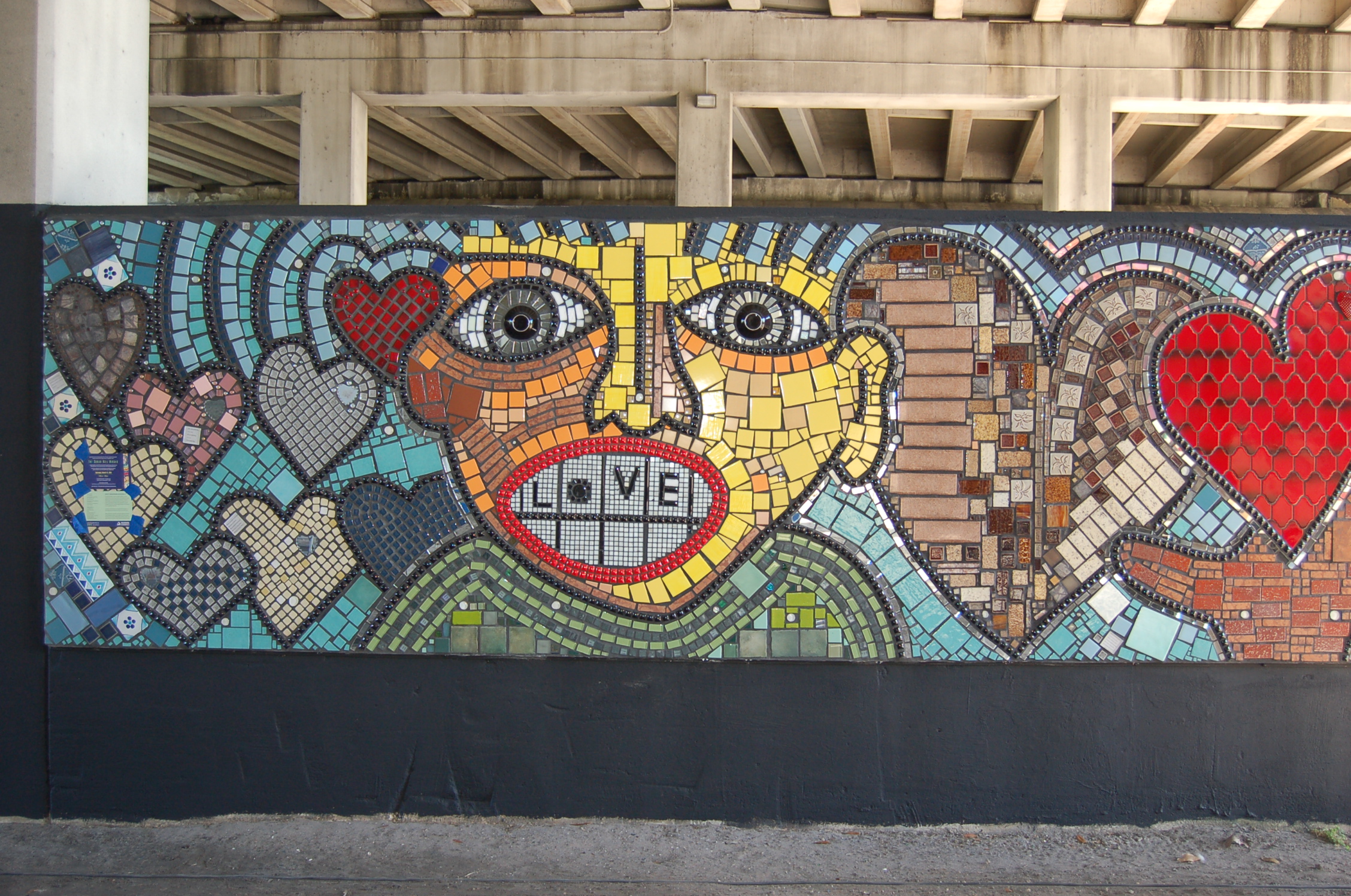 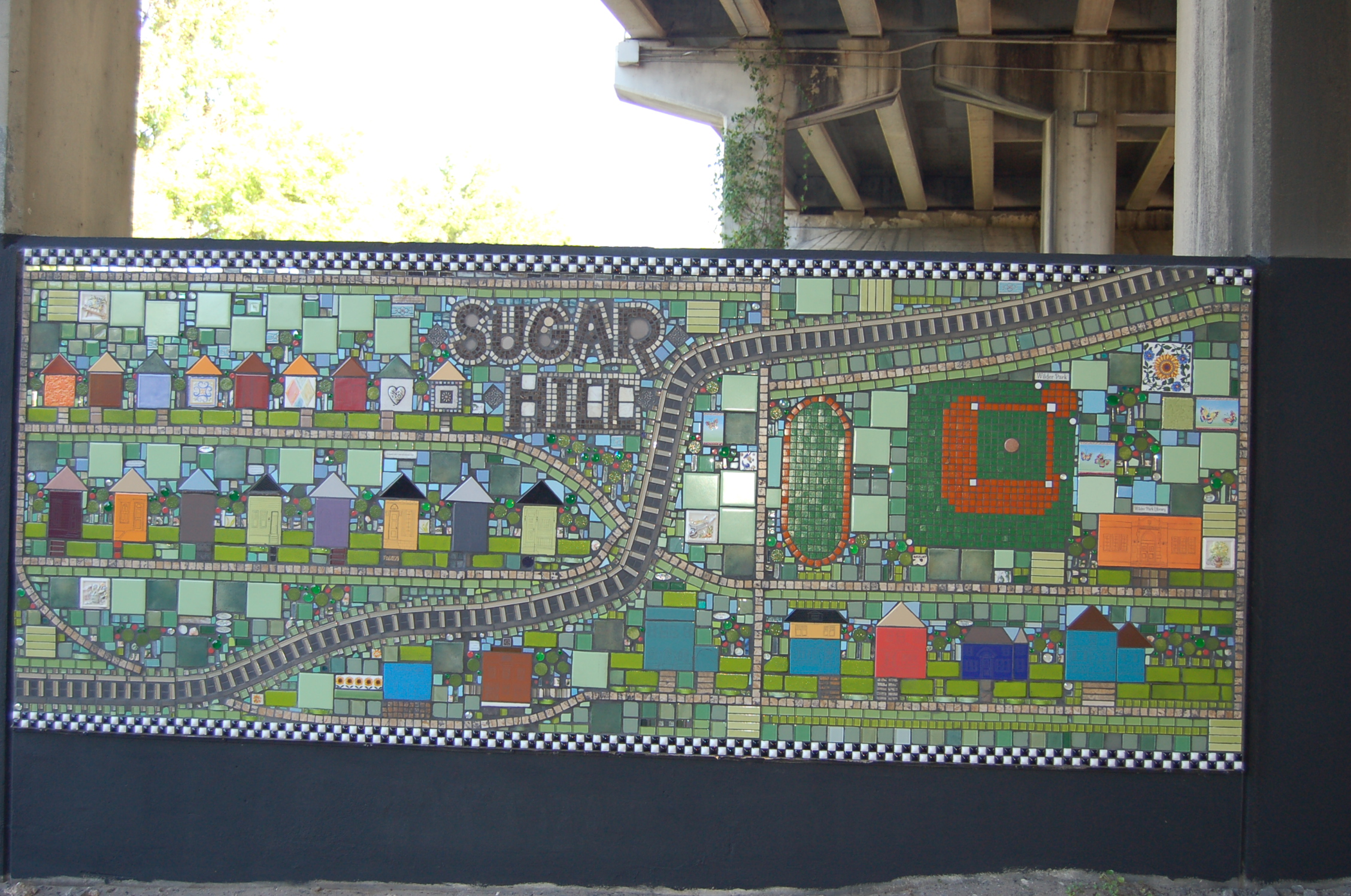 Along the S-Line between Moncrief Road and Boulevard is known as the Biodiversity Corridor where you can see a large bioswale, a community herb garden and flower garden, bee hotels and pollinator plants.  Work along this portion has been completed by Groundwork Jacksonville’s Green Team youth apprentices as well as community volunteers. 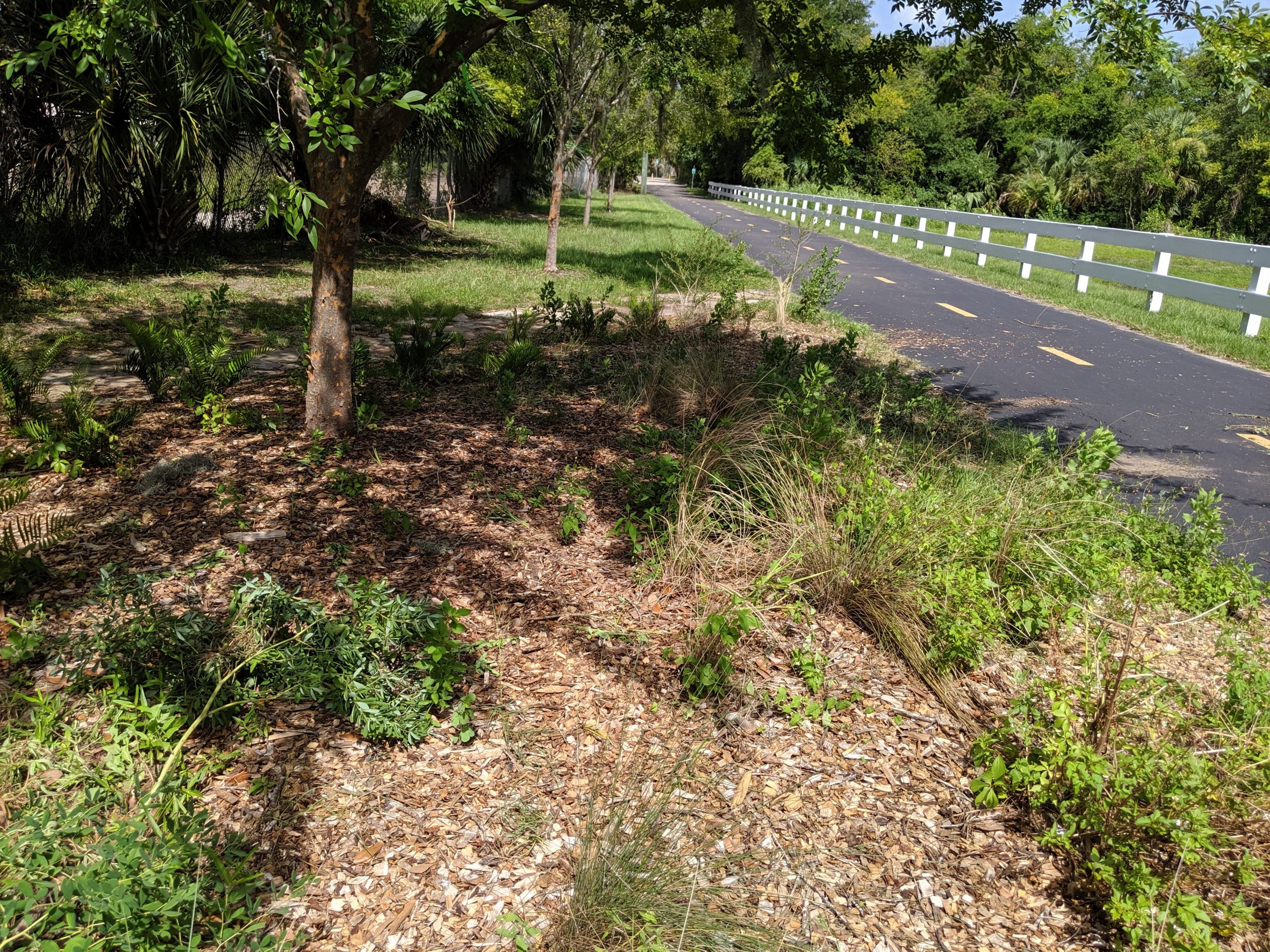 This Instagram-worthy stop is the Phoenix Arts District featuring 100,000-square-foot warehouse space along N. Liberty Street that spans across a 4.5-acre campus. Spaces are being converted into workshops, studios, apartments, event space, galleries, restaurants and more. The district will also be home to the Jacksonville Florida School for the Arts, an adult art school for people of all ages, abilities, and interests. 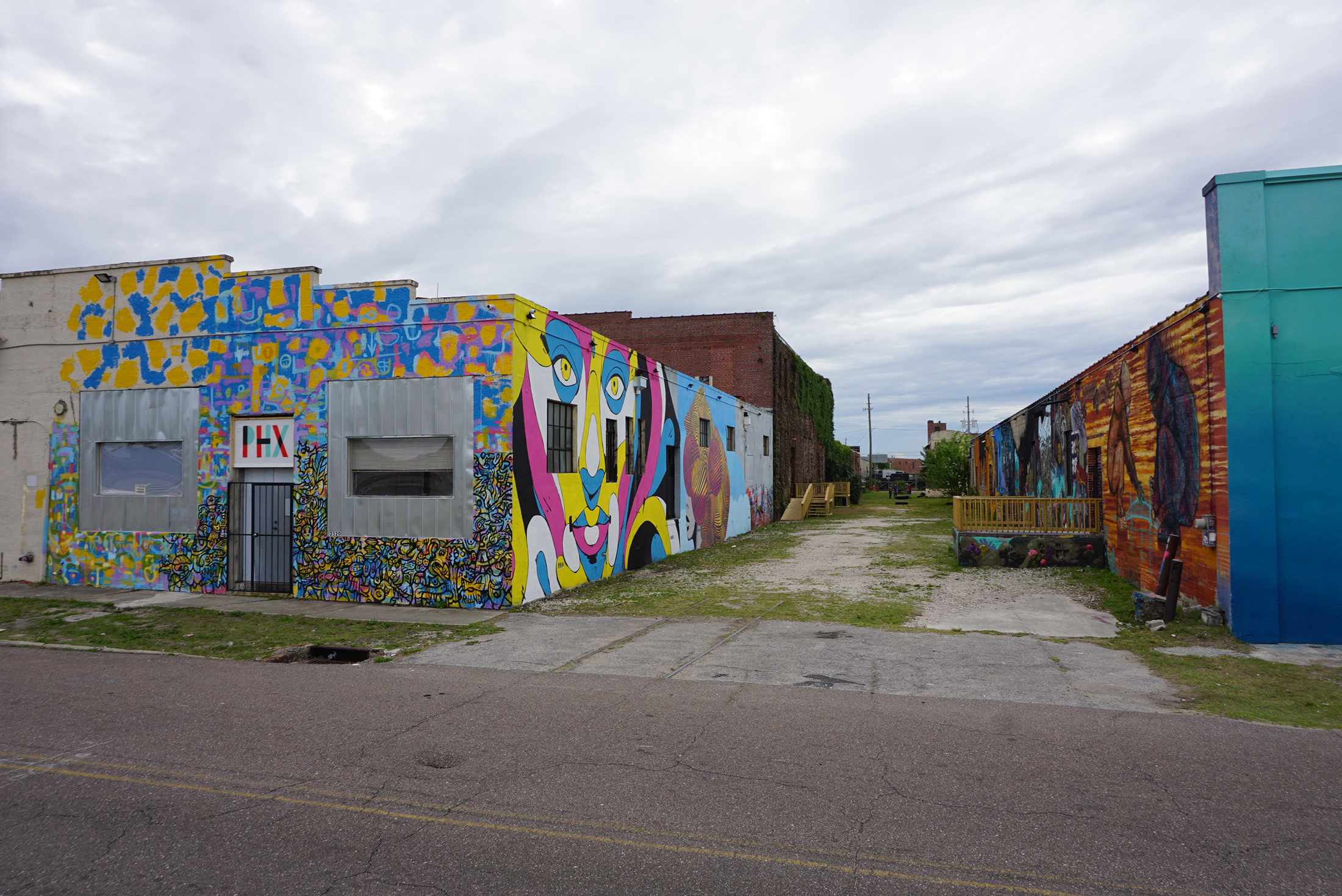 Evergreen Cemetery is the oldest, fully operating cemetery in the city and the resting place for 70,000 souls including some of Jacksonville’s most prominent residents. It hosted its first burial in 1881. Evergreen has numerous sections for various fraternal, military, and religious groups — especially a large Catholic section and two large sections set aside for the Hebrew Cemeteries. Evergreen also includes the old Woodlawn Cemetery and Mount Olive, an African American section.