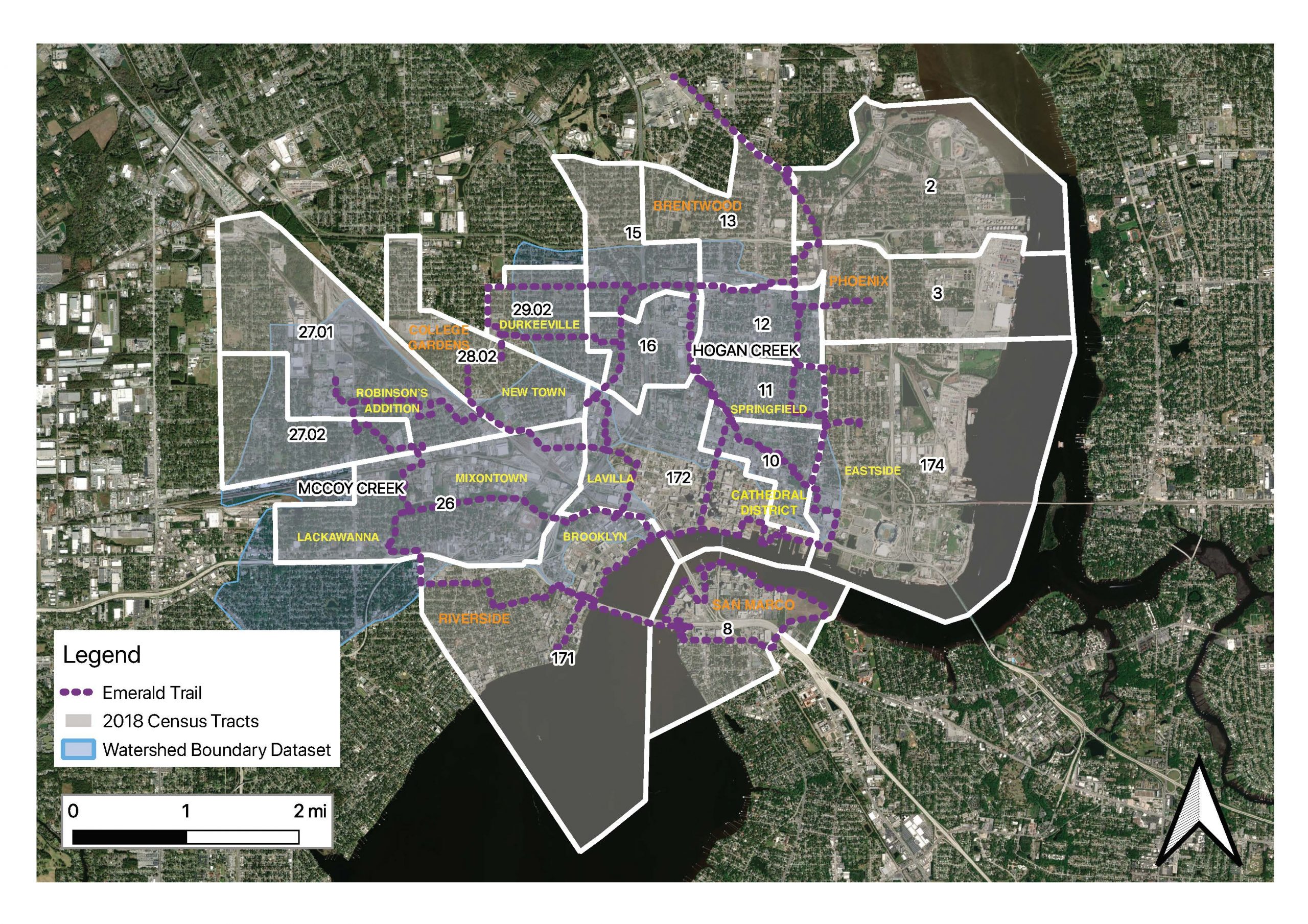 The project is funded through a $718,809 grant from the Florida Department of Economic Opportunity’s (DEO) Rebuild Florida General Planning Support Program. Groundwork hopes the plan will be a model the City of Jacksonville can replicate throughout other regional watersheds.

A watershed is the area of land where water drains to a common location, such as a creek, river or stream. Watershed planning is a holistic approach to addressing water resource and quality issues that involves multiple stakeholders in the process, and provides a forum for community discussion and input into the strategies that will be implemented.

Another outcome will be increased community knowledge about resilience and healthy watersheds, and the creation of community stewards and partners who will work with GWJax to install green infrastructure throughout their communities.

The McCoys watershed is 5.75 square miles and includes McCoys Creek, a 2.8-mile tidal and freshwater creek. McCoys Creek is the City’s #1 priority in the Local Mitigation Strategy, identifying the creek as high risk for flooding, storm surge and sea level rise.

Within the McCoys Creek Watershed, the City’s Master Storm Water Management Plan (MSMP) identifies 26 local roads that currently flood during a five-year storm event and do not meet Level of Service (LOS) standards. Approximately 542 structures are at risk of flooding within the watershed and dozens flood more than once per year.

Hogans Creek is listed as the #2 priority in the City’s Local Mitigation Strategy, identifying the creek as high risk for flooding and storm surge. Like McCoys Creek, it was straightened and bulkhead in the 1920s. The entire creek is fully unnatural and separated from its floodplain, leading to increased pollution.

Engaging residents within these 10 impacted neighborhoods will be key to understanding what residents consider the most important assets of and the biggest threats to the watershed. In addition, Groundwork and its partners will evaluate each neighborhood’s capacity and willingness to participate in long-term implementation strategies.